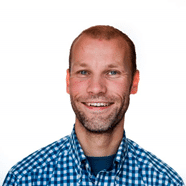 Born in the north of the Netherlands as a son of a soldier, Paul grew up on and around the Frisian lakes. His parents had a boat in those days for almost more than 30 years. The love for watersports stayed and he had a boat myself for several years. Then another interest came in: motorcycling. He passed the exams to get his motorcycle driving license and bought a motorcycle. He now frequently makes tours with his motorcycle and go to meetings with other motorcyclists. He also likes fast sportscars and with some friends he makes roadtrips trough Europe to explore new cities and countries. He works as a coordinator and operator voluntary at the moviehouse in his hometown and sometimes he makes short movies.

Paul is working for more than two decades in Information Technology and for almost 20 years at the Ministry of Justice and Security and has worked in several functions over these years.

Paul started working at the Ministry of Justice and Security when Information technology was partly de- centralized and also when the internet was coming more and more popular.

Internet from your own desktop was not there yet. In those days we had one or two (separated) desktops with a internet-connection, mostly used for downloading service packs or for seeking for (technological) information about our ICT – environment.

After several mostly technological functions Paul has worked also as an Information Security Officer and Information Technology Advisor for the (high)court of the city of Leeuwarden.

After (again) a reorganization Paul  started working in his current position as a PKI Engineer at the Judicial Information Service. That was almost five years ago.

The PKI solutions of this department are servicing several IT systems to allow the Dutch Marechaussee on airports and harbors to digitally check the validity of passports and id-cards.